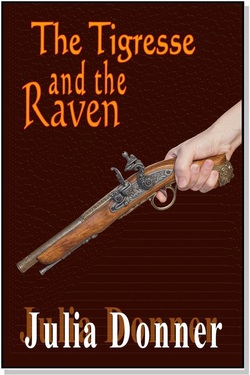 THE TIGRESSE AND THE RAVEN

A secret stops Cassandra Seyton from accepting a flood of marriage proposals until Lord Ravenswold sees her. By then, it’s too late—her family hovers on the brink of financial disaster with another social catastrophe about to explode. But neither can resist an attraction that burns stronger than society’s dictates and their lack of trust—his of women—hers from a fear of discovery. 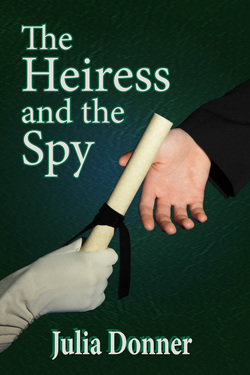 THE HEIRESS AND THE SPY

Rich widow, Elizabeth Shelton, secretly yearns to break free from the confinements of her placid life. Her late husband died a hero in the Peninsular Wars, leaving her childless and badgered by his greedy parents. Leaping into love and a dangerous scheme to serve king and country had never entered her mind, but she’s unable to resist the impoverished and dashing Lord Asterly when he asks her to become his wife and aid him in intrigue. 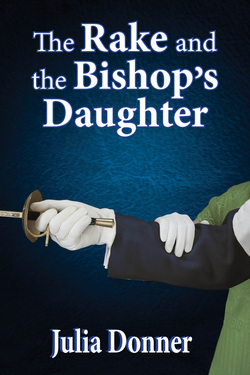 THE RAKE AND THE BISHOP'S DAUGHTER

Society’s beloved wastrel, Sir Harry Collyns, pushed his popularity
past the point of acceptability when he posed for a statue that creates
a social uproar. People line up for blocks to see Handsome Harry
in the nude, sculpted by a female artist!

Bored with the fuss and scandal, Harry hitches up his fastest team, heads for
the country, and a near fatal curricle accident. When the bandages are
removed from his head days later,  he discovers that the angel-voiced widow
who’d cared for him is neither elderly nor as mild as her tone, but a straight-laced
do-gooder unimpressed with his flamboyant past and dashing style.

Head-battered and heading for a broken heart, he falls into love with
Widow Olivia St. Clair, who might be the one woman in England that famous
Handsome Harry can’t charm into loving him back. 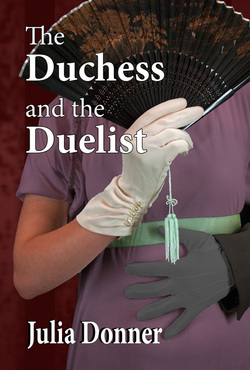 THE DUCHESS AND THE DUELIST
Friendship Series Book Four

To protect her son Evangeline Merrick has hidden her identity
for a decade by becoming a dresser to Lady Asterly, who
foils the successful ploy by insisting Evangeline take the role
of companion. Unable to refuse the generosity of her patroness,
Evangeline is thrust back into the aristocracy. No one recognizes
her but she ignites the interest of the last unmarried of the Four
Eligibles, the Honorable Alfred Bates, heir to Viscount Grieves.

Famed duelist known as Arm-Winger Freddy, Bates finds himself
obsessed with Lady Asterly’s mysterious companion. Something
about Evangeline’s strength beneath the delicate shell haunts
his thoughts. He has no right to pursue her when he’s affianced
to another but the more she retreats, the more he must have her
no matter what the cost. 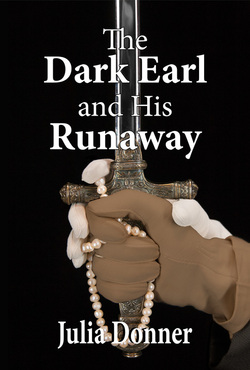 THE DARK EARL AND HIS RUNAWAY
FRIENDSHIP SERIES Book Five

Leticia Carlton has been told she has nothing to recommend her but an
unsuitably clever intellect and a respectable fortune, but until she reaches
the on-coming age of twenty-and-one, she has no control of her life.
Her unsavory cousin holds the purse strings and her birthright and has plans
for her future, namely marriage to a frightening adventurer. What she needs is
a shining knight galloping to her rescue, but the savior she ends up with turns
out to be an acquaintance from her childhood with a hair-trigger temper, tender
heart, and slightly tarnished armor.

(A prequel to THE  DUCHESS AND THE DUELIST) 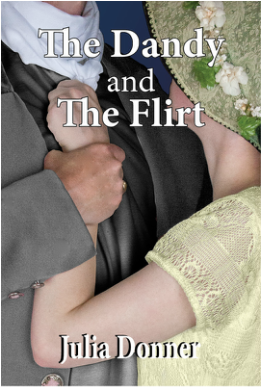 THE DANDY AND THE FLIRT
FRIENDSHIP SERIES Book Six

Emily, Lady Fortescue, must accept that her life of gay abandon has come to an end. Bored to flinders after her husband’s death, she embarks on a quest to taste everything delightful and decadent, leaving her in a position where she must remarry. Providence provides her cousin, Sir Hugh Exton-Lloyd, the original﻿ stick in the mud, but desperate times means he will have to do. With her success at seduction, how difficult could it be to fix his attention and twist him to her will?
Hugh considers Cousin Emily as brash and fickle a piece of work as could be imagined. She bears no resemblance to his saintly, departed wife, but he requires a mother for his two boys. A chivalrous offer of help might curb her inappropriate behaviors. How difficult could it be to harness an aging hoyden?
Neither paid any heed to the old adage of how opposites attract. 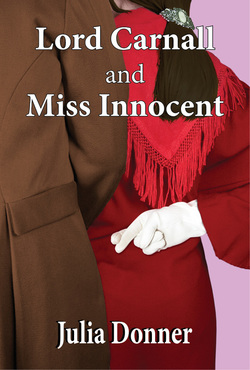 Ana Worth has problems enough with the struggle to keep her
seminary  from financial ruin and her wastrel brother out of debtors’
prison.  More trouble lands on her doorstep in the form of Lord Carnall
and his two sisters. She can’t trust the motives of the irresistible
marquis and doesn’t understand his interest her, other than a short-
lived affair, until she discovers he’s a man on a quest for revenge. 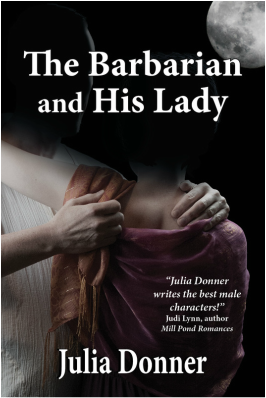 THE BARBARIAN AND HIS LADY


When Cameron Bradford is found bleeding and unconscious on the road,
midwife Allison Davidson is asked to help him. The injured vagabond is
soon discovered to be a local hero and thought to have died at sea. In him
she discovers a friend like no other. He finds a love that will not be denied,
but Allison has a scandal in her past and will not tarnish a man so good at
heart and courageous to a fault. 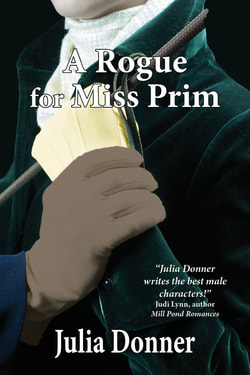 Gordon Treadwell thought himself too long in the tooth to get mixed up in a social disaster of epic proportions. In his cups, he makes a preposterous wager, which his stickler father decrees must be honored. The problem is that it involves a prickly and headstrong spinster sitting on a possible scandal of her own.
Oil and water, flame and grease, no matter how you describe
this pair, things are about to explode. 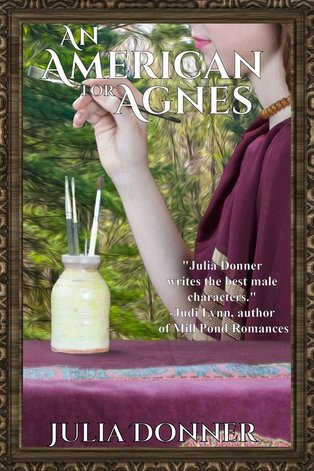 
Most women would think it flattering to be the object of attention of more
than one titled gentlemen. Not artist Agnes Bradford. One pursuer seeks
to control her, to publicly ruin her if she refuses to submit. The other one
is more difficult to resist and with him, its necessary to deceive.

Recently found missing heir, Maximilian Blayne, Lord Loverton, travels to
to England to take up his title. Or so everyone thinks. His true purpose
is to find the murderer of his parents. Then he meets fragile, heartbroken
Agnes and that changes everything. 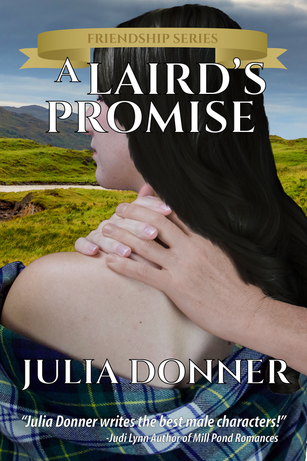 ​Secrets from the past stand between Caroline’s determination to protect her mother and the struggle to hold fast to a love society deems above her station. In childhood, she and Alisdair were inseparable, but social rules and obligation to the title he will one day inherit tear them apart. When the truth is revealed, it isn’t Caroline whose station is lesser, but Alisdair, who must regain her trust and connive to bring the only woman he will ever love back home to Scotland. 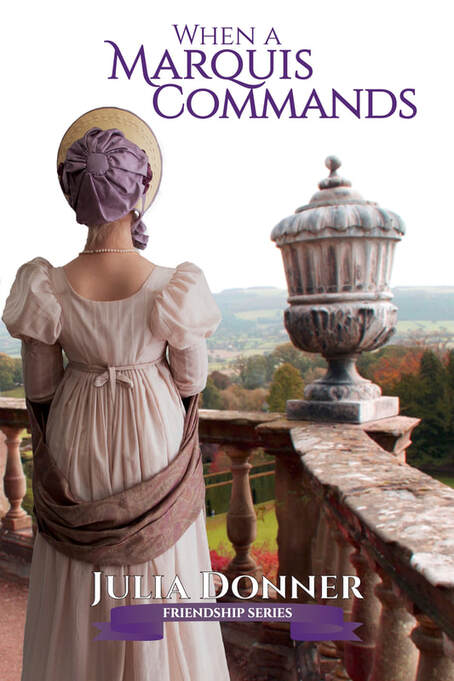 When a Marquis Commands
Friendship Series

Evelyn Archambeau, the Duchess du Fortier, doesn’t feel like a dowager. She’d been a child bride when her late husband had her spirited out of France to save her and their son from the guillotine. Preoccupied with the mysterious past of her companion, Daphne, Evelyn thinks herself content lavishing her affection on family and friends and never considers becoming entangled in affairs or remarriage. Then she’s introduced to the Marquis of Bellingham. 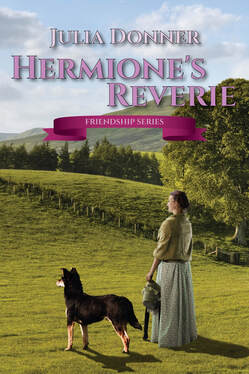 Hermione Avery has blacked out a memory she knows is important but is unwilling to face. Brilliant, young physician, Owen Claxton, is asked by her family to try to unlock the key to Hermione's past. He hadn't planned to fall in love with his patient but can't resist the mystery that is Hermione.